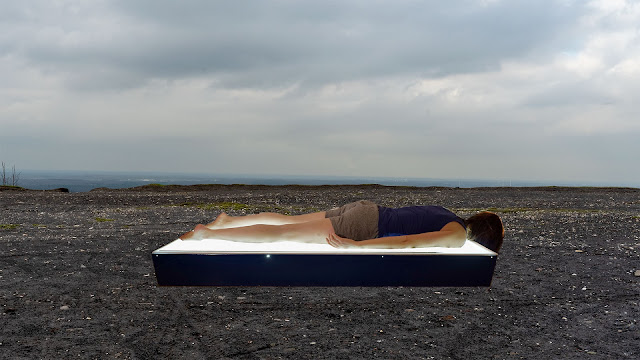 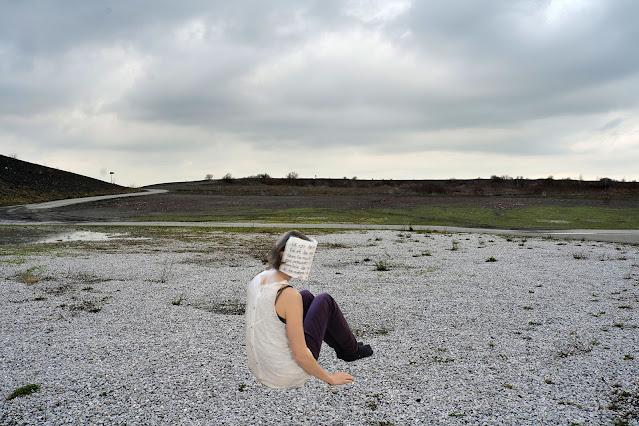 In May/June, I will make a series of video shooting for a work that I called (working title) Hyper-Wakefulness and Standstills, tackling a insomnia and sleep in the perpetually awake state of contemporary culture. Until then, I make tons of sketches on paper and on computer, research, read the books that inspires my work in progress and look at places in the Ruhr Area, where, with Urbane Künste Ruhr and Silent University Ruhr, I am in residency for a year. I  also acknowledge the support of the Canada Council for the Arts.
Posted by Jess Arseneau at 4:22 AM No comments: 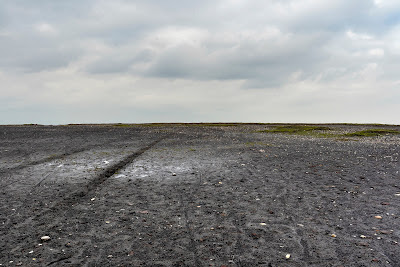 At the end of the horizon

Posted by Jess Arseneau at 3:37 AM No comments:

Remembering an author and artist who left an immense legacy

In memory of RM Vaughan, I share our conversation from February 2020 published by Visual Arts News in Summer 2020.

Richard was a thinker, a poet, an artist and, full of humour and rigorous thoughts, he was a remarkably pleasant person to talk to. He left us in October 2020.

I am deeply indebted to RM Vaughan for his critical discourse and the richness of his literature that inspired my thinking greatly.


A poem by RM Vaughan:
https://canpoetry.library.utoronto.ca/vaughan/poem5.htm

Posted by Jess Arseneau at 2:04 AM No comments:

The act of composing signs (visual, linguistic, musical, and so on) may disclose a space of meaning that is neither preexistent in nature nor based on a social convention. The poetical act is the emanation of a semiotic flow that sheds a light of nonconventional meaning on the existing world. The poetical act is a semiotic excess hinting beyond the limit of conventional meaning, and simultaneously it is a revelation of a possible sphere of experience not yet experienced (that is to say, the experienceable). It acts on the limit between the conscious and the unconscious in such a way that this limit is displaced and parts of the unconscious landscape—of what Freud called the "inner foreign country"—are illuminated (or distorted) and resignified. [Freud, Leipzig und Wein 1939]
[...]Actually, poetry is the act of language that cannot be defined, as "to define" means to limit, and poetry is precisely the excess that goes beyond the limits of language, which is to say beyond the limits of the world itself. Only a phenomenology of poetical events can give us a map of poetical possibilities.
Franco "Bifo" Berardi, Breathing: Chaos and Poetry, p. 21

Posted by Jess Arseneau at 11:59 AM No comments:

Experimenting and sketching with paper, text, a new camera lens, a green screen, and video editing 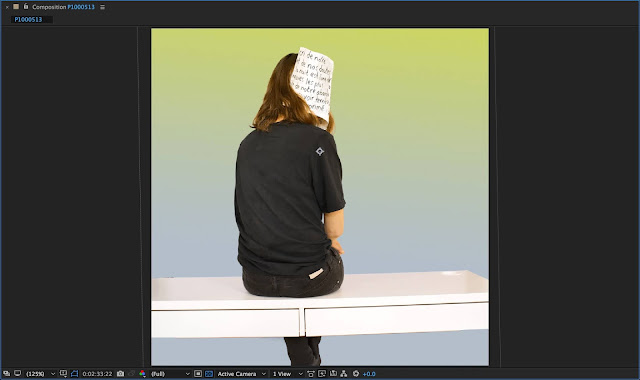 Posted by Jess Arseneau at 11:42 AM No comments:

Installed in the studio for a year in Mülheim 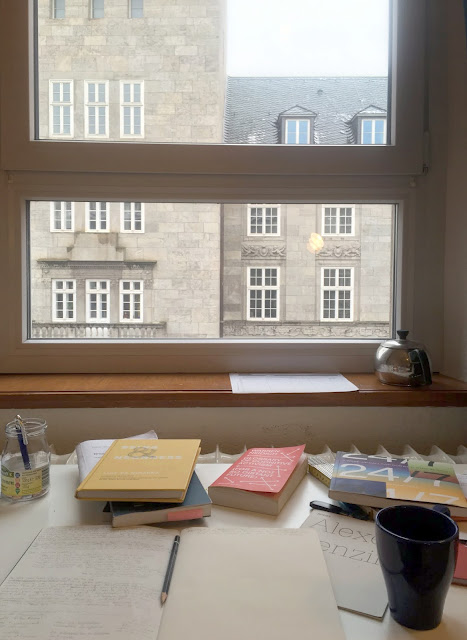 Posted by Jess Arseneau at 2:02 AM No comments:

Untitled (I unexpectedly have this feeling) 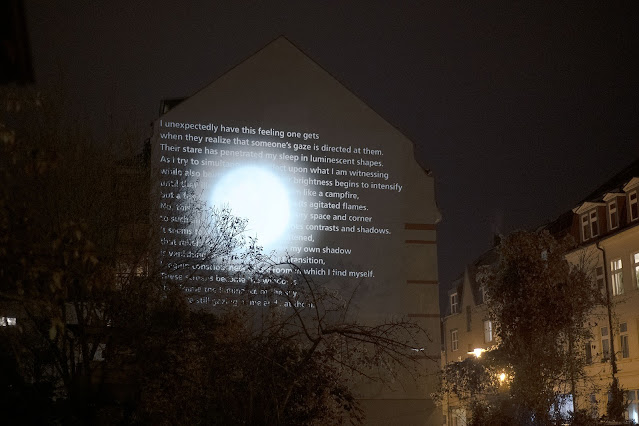 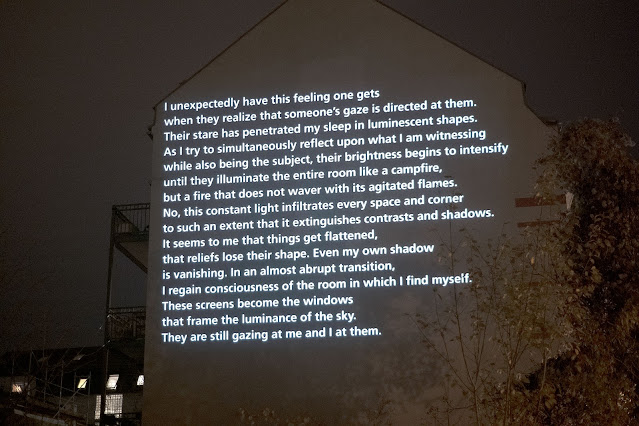 This work was shown on Saturday 5th for the Lichtspiele des Westens in Leipzig. The evening was cold but warmed up by artworks around Karl-Heine-Straße. It was so great to be able to see culture on the streets in the open air. How important is art and culture, especially in these times! And how beautiful it was to see people from the neighbourhood lighting their windows.Thanks to Maeshelle-West Davis, Elizabeth Gerdeman, Eucaris Guillen, Schaubühne Lindenfels, Helmut Space and Nachbarschaftsgärzen e.V!

The creation of this work was made possible by a grant from Kulturstiftung des Freistaates Sachsen. www.kdfs.de
Posted by Jess Arseneau at 5:12 AM No comments: